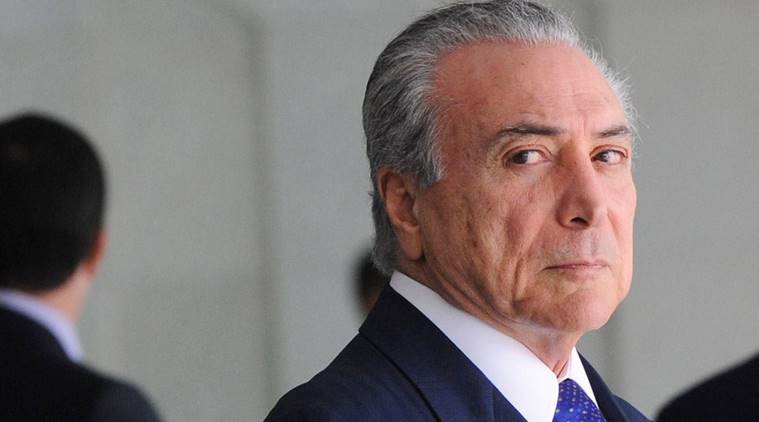 Brazilian President Michel Temer’s government approval rate has gone down again, considering the results of the poll published on Tuesday, as the scandal-plagued leader now faces another set of corruption charges and struggles to push his economic reform agenda through the Congress.

MDA Polling firm states that only 3.4 percent of the surveyed people thought that the Temer government is doing a great or good job. This result is going down from the previous 10.3 percent in MDA’s similar poll in February.

Temer begun more than a year ago from impeached president Dilma Rousseff and seems like he doesn’t really care about popularity and mainly wants to push through an austerity package before his term will end in January 2019.  The whole process was slowed down by charges of taking bribes, racketeering and obstruction of justice.

The charges against Temer are based on a of the owners of the world’s largest meatpacker, JBS SA. They are accusing Temer of taking bribes in return for political favors and of conspiring to buy the silence of a witness who could implicate the leader. Temer has repeatedly denied any wrongdoing.