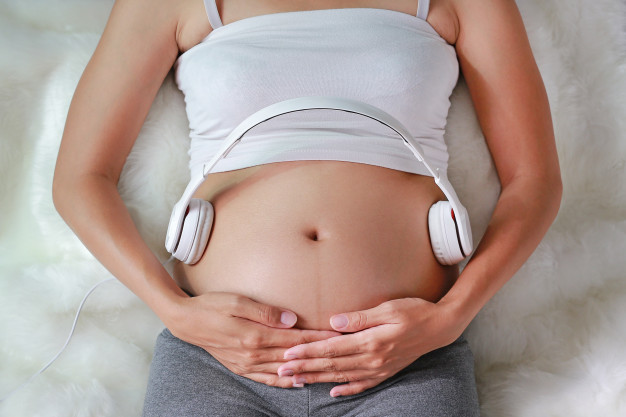 Fetuses at 16–39 weeks of gestation respond to intravaginally emitted music with repetitive MT and TE movements not observed with ABM or IVV.

Our findings suggest that neural pathways participating in the auditory–motor system are developed as early as gestational week 16. These findings might contribute to diagnostic methods for prenatal hearing screening, and research into fetal neurological stimulation.