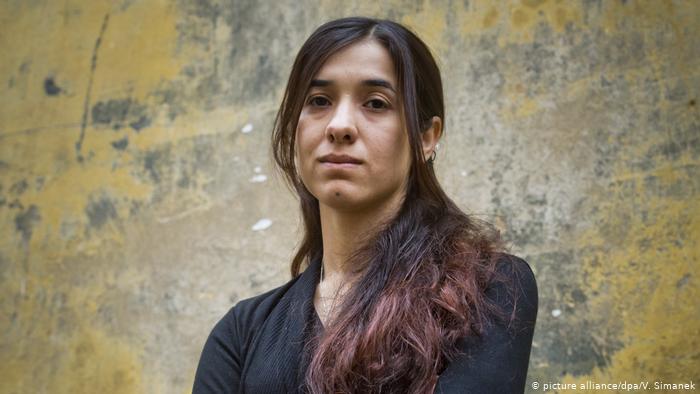 Nobel Peace Prize winner and Yazidi activist Nadia Murad, who was repeatedly raped when held captive by ISIS for 3 months before escaping, calls for ISIS fighters to be tried like the Nazis at Nuremberg. “Those captured alive need to be brought to justice in an open court for the world to see.”

Yazidi activist Nadia Murad took to Twitter to call for ISIS to be brought to justice following news that the terror group’s leader was dead.

In a series of tweets, Murad referenced President Donald Trump’s characterization of Baghdadi’s death, saying he had died like a “coward using children as a shield.”

“The death of #alBaghdadi is welcoming news for the world, especially for those communities that were targeted by #ISIS,” she wrote.

“Baghdadi died as he lived – a coward using children as a shield. Let today be the beginning of the global fight to bring ISIS to justice.”