The suspect has been identified as Sayfullo Habibullaevic Saipov, 29, an immigrant from Uzbekistan, who arrived in the US in 2010. He was Uber driver in New Jersey for over six months, the company told CNN. He passed a background check and did not have any rider complaints about his safety as a driver, according to Uber. The company is cooperating with authorities in the investigation.

The attacker struck just a few blocks from the site of the World Trade Center memorial, running over afternoon riders on the path before reaching a road and hitting a school bus. Eight people died and 11 injured in the worst terror attack on New York since September 11, 2001. He was chased and shot in the stomach by a police officer but survived and was arrested. Saipov left a note in the truck claiming he committed the attack on behalf of the Islamic State of Iraq and the Levant also known as ISIS.

“This was an act of terror, and a particularly cowardly act of terror,” New York Mayor Bill de Blasio said, “aimed at innocent civilians, aimed at people going about their lives who had no idea what was about to hit them.” 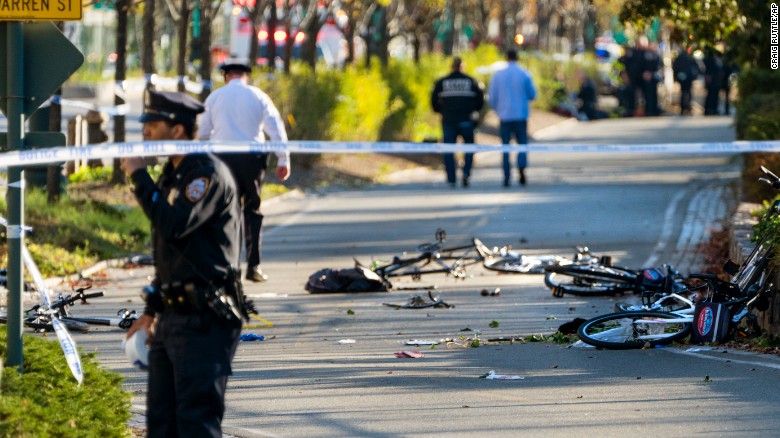