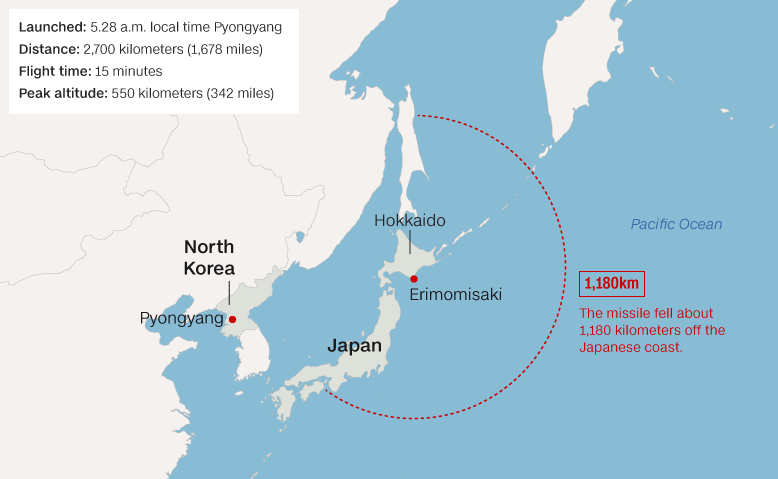 A North Korean rocket fired over Japan Tuesday was condemned by Japanese Prime Minister Shinzo Abe as a “most genuine and grave” danger. The rocket was launched just before 6 a.m. in Japan. The dispatch set off notices in the northern part of the nation encouraging individuals to look for shield.

The unidentified rocket flew over Erimomisaki, on the northern island of Hokkaido, and broke into three pieces before falling into the Pacific Ocean, around 1,180 kilometers (733 miles) off the Japanese shores.

Tuesday’s dispatch is the first time North Korea has effectively let go a ballistic rocket over Japan. Different phases of launch vehicles have overflown Japan amid Pyongang’s endeavors to dispatch satellites into space in 1998, 2009, 2012 and 2016.

This is the fourth rocket North Korea has launched in four days – Pyongyang tried three short-go ballistic rockets, one of which fizzled, from Kangwon area that arrived in water off the Korean Peninsula. 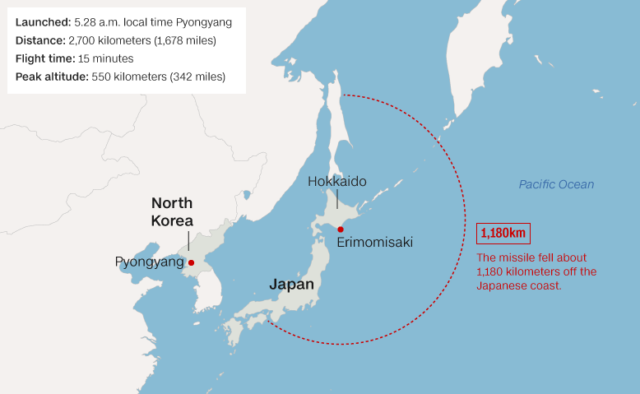