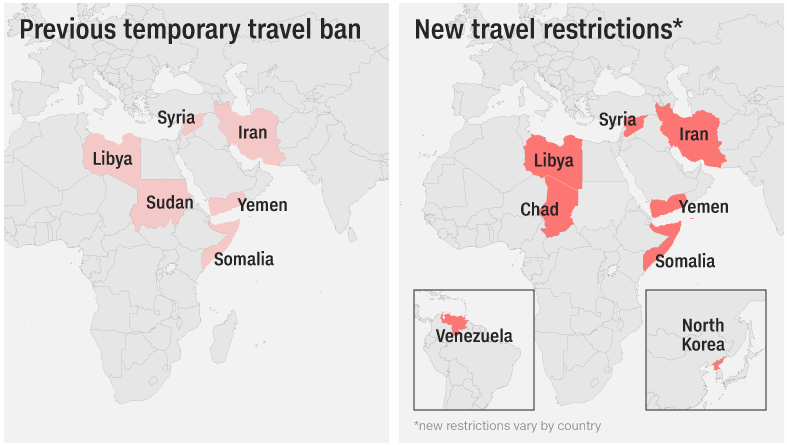 “Making America Safe is my number one priority. We will not admit those into our country we cannot safely vet.” Donald Trump tweeted just after his administration released the details of the new restrictions Sunday night.  The new travel restrictions applies on citizens from North Korea, Venezuela and Chad, expanding to eight the list of countries covered by his original travel bans that have been challenged by critics and also in court. The addition of North Korea and Venezuela widens the restrictions from the original, mostly Muslim-majority countries.

White House called the new restrictions a “critical step toward establishing an immigration system that protects Americans’ safety and security in an era of dangerous terrorism and transnational crime.” 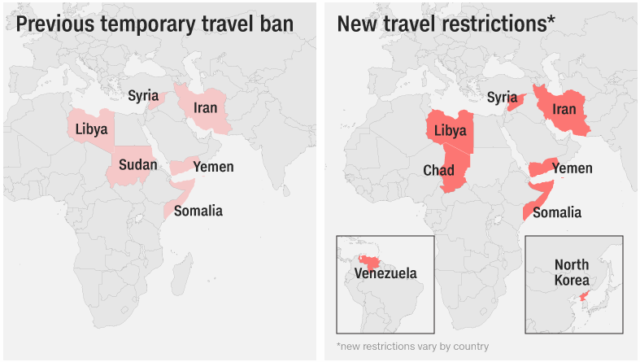